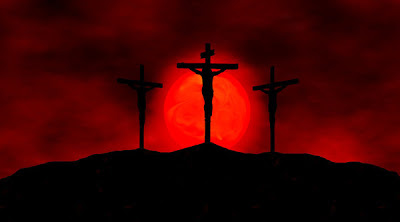 After declining an invitation to attend a lecture on Bible prophecy several months ago, someone I know explained his lack of interest in the subject by saying he thinks God "wants us to live our lives as best we can and not focus so much on future events.”

Maybe, but living our lives with little more than faith that God is present can be a challenge. Is there a God? I’m convinced there is because there is, indeed, a design evident in the world. I’m not talking about “Intelligent Design,” the concept that some Christian fundamentalists are promoting as a companion to Darwinian Evolution for teaching in public schools. I am not familiar with the gist of its tenets. (You read that right: “gist of its tenets.”) I’m referring to evidence I see with my own eyes. There is a design to life, and to call it “intelligent” is redundant. If it’s a design, it automatically involves thought: intelligence.

The design of which I speak is visible to anyone with eyes. The sun rises each morning and sets each night, its brilliant rays lighting another part of the world as the moon rises to illuminate the night. Flowers bloom in spring; the leaves die and fall from the trees each autumn. The seasons themselves are symbolic of the stages of our lives: winter, spring, summer, and fall each have their charms and chastisements. Except for those who suffer from horrible deformities, the human face has a pattern: a forehead, a nose, cheeks, lips, and a mouth with ears on the side of the skull. These anatomical parts serve the same function in every person. We breathe through the nose, see with the eyes, hear with the ears, and speak, as well as eat, through the mouth. Male and female bodies are different, but though men come in a variety of builds and heights, their parts do not vary. Same with women.

Christians believe it to be the God of the Old and New Testament. Jews reject the New Testament and its claim that the Messiah whom they await has already appeared, but believe in the same God who passed down the 10 commandments to Moses, and flooded the world, wiping out the entire population of earth save Noah, his family, and one male and one female representative of each animal.

There are other religions whose followers worship other gods, such as Islam whose adherents believe Allah is the only true god, and there are even religions that serve no deity, Buddhism for one. 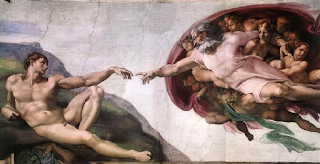 Christians believe that the times in which we live, especially the turmoil in the Middle East, is proof that they chose the truth. There is one God with a capital “G” who created the heavens and the earth, and also created hell, a place of suffering and banishment from God, following the unsuccessful coup in which Lucifer, an angel whom God favored above all others, attempted to conquer God and rule heaven in His place. Renamed Satan, and also called the devil, Lucifer challenged God’s sentence of condemnation. In response, God created Adam and Eve whom He banished from the Garden of Eden after Satan successfully tempted them to disobey their creator. Their sin was passed on to all of their descendants, and only through Jesus Christ can the death sentence be overturned. According to the gospels of the New Testament, Jesus lived a life of total obedience to God the Father, and His perfection made Him the only one eligible to serve as a sacrificial lamb to take on the sins of the world and pay the hideously brutal price that God demands of sinners. God took out His rage on the Son then raised Him from the dead. Those who believe in the Son are now in God’s good graces. As for Jesus, His work on earth is not done. He will return to judge the world. That’s Christianity in a nutshell.

Bible prophecy gives us clues to the Second Coming, and those who study and interpret it insist that most prophecies concerning the end times have been fulfilled or are about to be. The countdown to Armageddon has begun.

Prophecy is important because signs of its fulfillment strengthen and, in some cases, inspires faith. I may believe in God without the evidence that fulfilled prophecy provides, but I might not believe God’s promise that salvation will lead to eternal life in His kingdom beyond the clouds. Too many of God’s actions betray a cruel, unforgiving nature, as well as an imperfect one. How did Lucifer ever come to rebel in the first place? Did God not anticipate that His creations might turn against Him? Did He not think it wise to take precautions to prevent such rebellion? And His requirement that one suffer and die to atone for sin does not bespeak a compassionate nature.

But the Father and the Son are one and the same, the Bible says. God’s abandonment of Jesus as He died on the cross was abandonment of Himself, and we, the wretched disobedient flock whose sins required that Jesus act as savior, are the beneficiaries of His torment. And doubts about God’s character, and worries that He won’t keep His promises, are the whispered wishes of the devil. 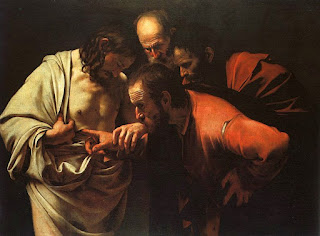 The simple fact is that faith in God requires hard work. The catalog of suffering on earth crowds out all evidence of love and goodness. Children are abducted by sadistic perverts, raped and murdered in heinous fashion. Lives that never reach adulthood are snuffed out without warning. Plagues, wars, and terrorism dominate the news, and we are all living on borrowed time, sentenced to death even as we are pulled from the womb. Faith that there is a rainbow awaiting us on the other side of this life can sometimes mean shutting down your brain, but if C.S. Lewis can struggle with belief (and he did in A Grief Observed), I can, too, and so can others. We may not “believe” so much as guess, hope, and cross our fingers, but even that is something.

VISIT MY KINDLE STORE AT AMAZON
Posted by Unknown at 4:42 PM